After He (Jesus) had finished all His sayings in the hearing of the people, He entered Capernaum. Now a centurion had a servant who was sick and at the point of death, who was highly valued by him. When the centurion heard about Jesus, he sent to Him elders of the Jews, asking Him to come and heal his servant. And when they came to Jesus, they pleaded with Him earnestly, saying, “He is worthy to have you do this for him, for he loves our nation, and he is the one who built us our synagogue.” And Jesus went with them. When He was not far from the house, the centurion sent friends, saying to Him, “Lord, do not trouble Yourself, for I am not worthy to have You come under my roof. Therefore I did not presume to come to You. But say the word, and let my servant be healed. For I too am a man set under authority, with soldiers under me: and I say to one, ‘Go,’ and he goes; and to another, ‘Come,’ and he comes; and to my servant, ‘Do this,’ and he does it.” When Jesus heard these things, He marveled at him, and turning to the crowd that followed Him, said, “I tell you, not even in Israel have I found such faith.” And when those who had been sent returned to the house, they found the servant well.

Value  – The servant had “value”

Worthy – According to the Jewish elders, the centurion had “worth”

Not Worthy – According to the centurion, he told Jesus he was “not worthy”

Such Faith – According to Jesus, He’d not found faith like that of the centurion in all of Israel

This encounter plays out and bottom line…… the servant is found well, having been healed by Jesus.

I read this and thought about some of the prayers I pray.  In every “prayer request” there is, first of all, the “value” (be it a person or a situation).

*  I’ve got this deal going on and it’s going south, and this deal matters to me… I value it.

*  Or this person I value has a need, and while I don’t necessarily “value” their need like they do, I do “value” the one who does “value” that need.

*  I’ve got this thing myself, in my own life, and good grief, who matters more to me than me??… talk about value!!!!

I’m not sure how others phrase their prayers, but as I read this centurion/servant/elders/Jesus encounter, I’m reminded that I’ve been known to lay down the “Lord, they are so deserving card”!  I think about my sister and my prayers for her…… I don’t always know what’s going on in her life but because I so value her, I will ask God to hear her heart, speak into her world, listen to what she’s asking for—what she’s praying for…..   She is so deserving, she is the spiritual cream at the top….. hear her Lord, and speak/act in accordance with her need, her request. She has value. 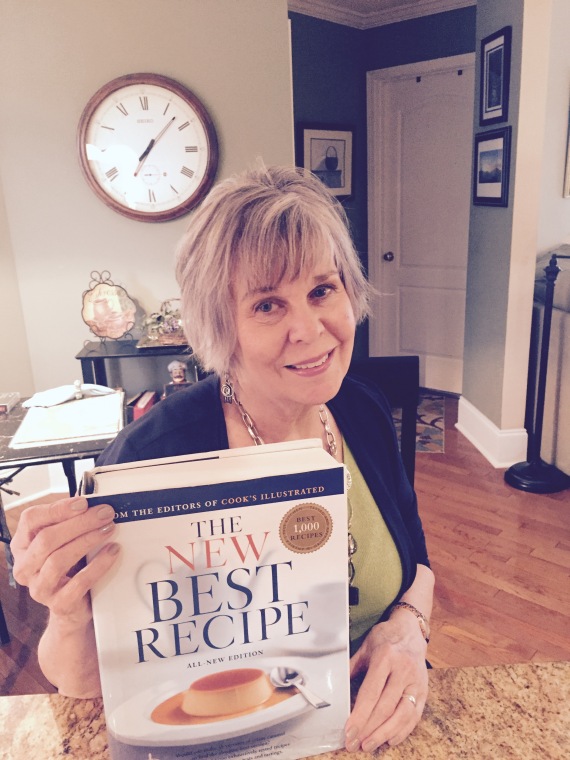 We get value!  We totally get it.  And we do well to take these (or this) that we value to Jesus. Why? Because therein is POWER.  If I could fix my sister’s world, or my own…. it would’ve already been done. ✔️ and move on!  But I can’t.  And actually, given my narrow, limited, uninformed mindset…. it’s a good thing that this “power to change circumstances” doesn’t lie within the realm of my spiritual gifts!  (….cause who amongst us has a clue of the “MORE” that God is up to…. and actually, I’ve written on that subject before so I won’t go there but you can check it out if you’d like…“So I’m a stump forevermore…”    It’s a dominant theme that God continually reminds me of, over and over again, as I continually share with Him why I think my ideas are such good ones!)

And thus, I find it so amusing that the Jewish elders played the “Lord, he is so deserving card”…. “He is worthy to have You do this for him, for he loves our nation, and he is the one who built us our synagogue.”  Ahhh, ya gotta love that spiritual cream!  And I truly don’t think God has one bit of problem with our extreme, extravagant love for these that we value.

Did they ask amiss?  Do I ever ask amiss? Maybe. But I don’t see God as some legalistic prayer nazi. I don’t think He bestows or withholds based on our getting it right, saying it right, knowing what’s right.  But rather, He goes straight for the heart.  And these Jewish elders had a heart that loved the centurion and thus they valued what he valued.

And what about that centurion….. ya gotta love HIS heart!  Goodness, the irony.  The humility actually.  Here they are saying to Jesus….. he’s worthy, he’s worthy, he’s worthy!  And then when the centurion realizes that Jesus is COMING — He’s actually not far from the house, he sends his friends to tell Him “goodness no…. I am not worthy!!! I didn’t mean for YOU to actually trouble YOURSELF with coming here.  Just say the word!  I get POWER… I, too, am a man set under authority…. I say go, they go. I say come, they come. I say do this, they do it!  Power? I get that!  Just say the word, Jesus!”

And so we come to the bottom-line of the story (and I think, the bottom line of OUR stories)…..

Value….?  yeah, we value stuff (people, and circumstances, and situations) And God knows this and He loves how we so love.  The love rises to the top like spiritual cream.

Worth….?  worth can get tricky.  We can easily get this one wrong, but therein is the beauty of being in the Word.  We learn from the centurion/servant/elders/Jesus encounter that we might over-esteem the worth, but I think God sees the love at the root of that. And bonus… when the object of our love has note-worthy humility (like that of the centurion) they will see themselves as they truly are….

“Not Worthy!!!  ….. that kind of humility sees that the TRUE POWER and WORTH is in the One called Jesus!  All of this leading to the note-worthy, bottom-line perception of Jesus…..

* faith is a recognition of who He is, His authority, His position, His power;

* faith knows He is all, is over all, and controls all — at His mere word;

* faith tells Him what and who we value and then leaves it with Him, trusting the word that He chooses to speak over this that we value.

The point of this story isn’t so much that a servant’s life suddenly got better.  Because while this man did get a reprieve of sorts…. he did eventually die.  The point of any of Jesus’ stories is never that “earth life be better’, albeit we are ever so grateful when it is!  The point is JESUS.  It ever and always shall be!  And the thing is, when the point is JESUS and we rest in His authority and power, we come to agree with Him and hopefully/prayerfully/eventually we begin to think like He thinks regarding these people and things and circumstances that we value.

The point isn’t who or what we value (albeit that certainly matters to our hearts).

The point isn’t whether they’re worthy or we’re worthy (probably we’re all just this side of “worthless”…. did I really just say that?  But I think/hope you know what I mean!)

The point being that JESUS IS THE WORTH!  And any worth any of us have is pure unmerited GRACE whereby we recognize this truth!

And so…. I will continue to tell God how amazingly wonderful my sister is….because He knows it already and I’m sure He’s smiling at that…. He’s smiling because He knows that she knows that her worth’s sum and total is totally HIM!  And my prayer for both my sister and I is that we rest in His choices and decisions as we trust His power and authority!  That’s not just any faith…. that’s SUCH faith!

Hurry and eat the veggies so we can get to that authentic “Mollie Pie”!
Shades of THANKSgiving 2021!! So what’s the big deal with the Turkey!! We say it’s all about the pancakes and pie! #piebymollie … THE BEST! ❤️
Getting in touch with our inner artsy-self! And interestingly, we are the same 3 who stick with the 1,000 piece puzzles! There must be some connection!!!
Per Jasper… “This would never happen to me in North Carolina!” But his snarky didn’t dampen our birthday joy! Happy Day to the middle child… our peacemaker who thrives on discipline and order! Happy 13!!
The life, time, and visits of Rachel!! Always a good idea!! And if you haven’t treated yourself to Babette’s… well, you should! Life could be better! And the Pittsburg Pizza from Cootie’s…. top 10!!
Thank you Heritage— you love us well….. #FallFestival2020