So everybody IS dealing with SOMETHING!  And most of our “SOMETHINGS” have a common thread…..

* we weren’t expecting it

* it invades our thought process

* and basically it seeks to suck the life outta us

These “invaders” (called SOMETHING) take many forms.  My friend Pam sent me this picture the other day…… 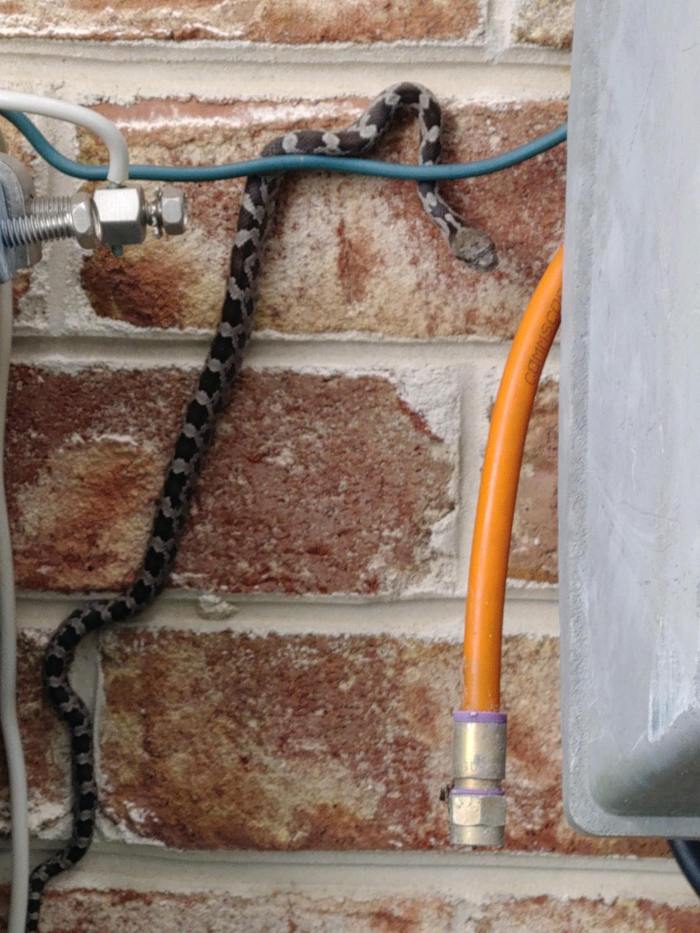 (and side note….. could somebody please identify this guy for us?)

Because that’s just the way we are with “intruders”….. we want to know who they are, where did they come from, how much harm can they inflict?  And then…. based on those answers, we begin to set up a mental gauge of how much thought process we’re gonna have to impose upon said subject matter.  If it’s a cottonmouth,…… off the chart!  If it’s a common, harmless, non-poisonous garter snake, well maybe we can lower the bar, go on out for lunch, and not necessarily worry about Googling “where can one buy a mongoose?”.

INTRUDERS!!  They take many forms….. but most of them are SNAKES at heart.  Is it any wonder satan took that form in the Garden of Eden? And he’s been trying to steal, kill, and destroy ever since!

John 10:10  The thief comes only to steal and kill and destroy.  I came that they may have life and have it abundantly.

All these thoughts began to swirl around in my mind this morning as I was reading in Psalm 18:28-33.

David had written this particular Psalm apparently after the Lord had delivered him from the hand of his enemies and from the hand of Saul.  That’s way better than a mongoose!  Delivered!!!  It’s what we all want.  And actually, it’s at the very heartbeat of God.  He IS deliverance, and rescue, and restoration!  He IS life abundant~!

[ But I feel like I need to give a parenthesis here…… because realistically speaking, owing to that little encounter in the Garden of Eden, we live in a fallen/broken world.  And so…. sometimes we just have to walk through some really hard stuff.  But because God is seeing past, present, and future and because He is always doing exceedingly, abundantly more than we can even think or imagine (Ephesians 3:20-21), what we might call “intruders”, God is actually using for His own purposes and for our good.  We can trust Him.  Even when we don’t understand.  Even when we have questions with no answers.  We can trust Him. ]

No one, no thing, no circumstance, no blessing, nothing.  Nothing can compare!

I love David’s reflection over who God is to him.

*    enables me to run against a troop

From this particular verse, I think we can see that even for David, deliverance wasn’t necessarily just a quick snap of the fingers.  David had dark times, David had to run against troops, and he had to leap over some walls!  But he goes on to say who he had found God to be within all this running and leaping!!

Verse 30…. THIS God — His way is perfect; the word of the Lord proves true; He is a shield for all those who take refuge in Him.

What a beautiful verse this is —  We can all rest there.  His Word proves true.  Every time.  Always.  Forever.  He is a shield for all those who take refuge in Him.

v.31-33     For who is God, but the Lord?  And who is a rock, except our God?— the God who equipped me with strength and made my way blameless.  He made my feet like the feet of a deer and set me secure on the heights.

INTRUDERS……they’re out there!  And while Googling for a mongoose might seem like a good idea, sometimes the brainiac ideas WE come up with, aren’t much better than the “issue” was to begin with! Sure…. ya get a mongoose and he eats the snakes, but then what about the mice and rats?

8 thoughts on “So everybody’s dealing with something…….”